So school in New Jersey has officially been cancelled for the rest of the year.

Obviously the only solution to doing online classes is to give a 90 to everyone who scores above a 65!

Yep, that's actually the grading policy for the rest of the year. Not that it matters a whole lot to me, being that I'll be graduating in just a couple months anyways. I just thought it was a little bizarre and rather odd.

Anyways, I was revisiting some of my Yankees collection that I have stored in a box and sorted out the "larger" relics that I own. I'm a sucker for jumbo relics and think they're way cooler than the flimsy standard relics that come in most products. 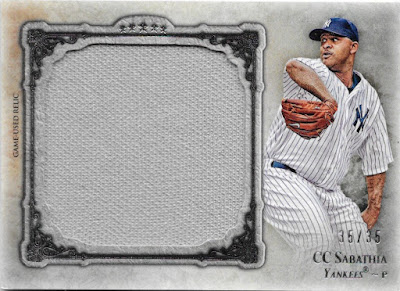 Am I the only one who absolutely loves 2013 Five Star? The quality and "stock" of the cards is unbeatable, with the jumbo relics being relatively cheap. 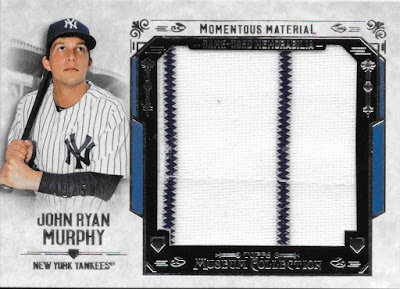 Ah, JR Murphy. I enjoyed his short tenure with the Yankees and I'll never forget his 3 run home run against the Twins all the way back in 2015 when the Yankees had their magical little run. 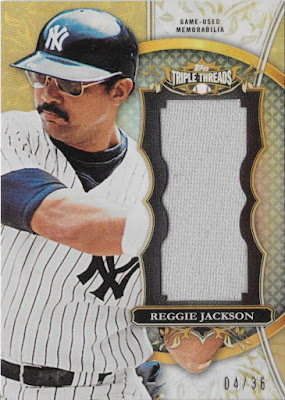 I loved quite a few different products from 2013, possibly because that was the year I started collecting. Nonetheless, these cards are enjoyable to look at.

A product that's not so enjoyable to look at? National Treasures, obviously! The concept of the cards is pretty cool, but the colorless, logo-less, dull design of the cards definitely make them less desirable.